St-Eustache, QC  Last Saturday, Blainvilles Jonathan Bouvrette gave it all he had in order to stay in the chase for the Championship title. He won the qualifying race, led most laps and won the race which was held at Autodrome St-Eustache, North of Montreal. 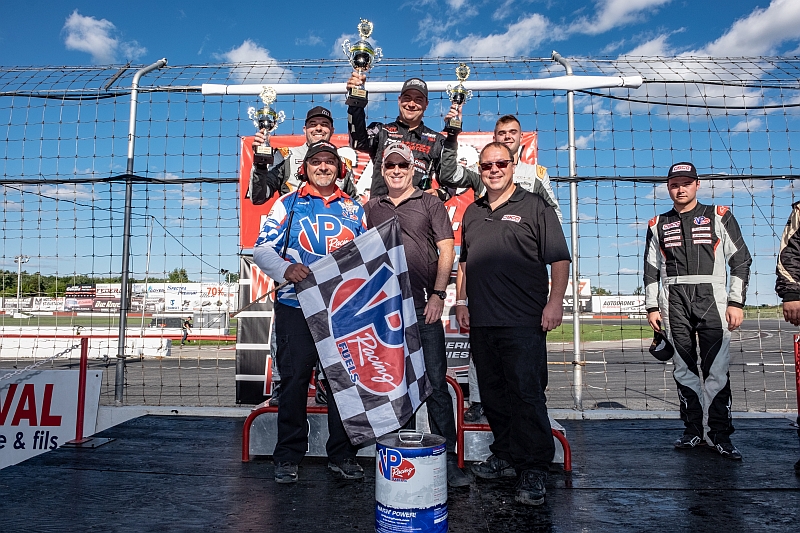 Despite the effort he came short, St-Édouard de Lotbinières Dany Trépanier, who finished fourth in the event, had padded just enough points to maintain his number ranking and become the first Champion in the history of the Canadian Stock Car Championship (CSCC). It is Trepaniers second career Championship; he also won back in 2015, under the Série ACT banner, which has now become CSCC. The results were confirmed today, when the Compliance inspection report came back. All electronic ignition boxes for the top five were deemed compliant. Behind Bouvrette, Quebecs Jean-François Déry, Terrebonnes Alex Guénette, Trépanier and Terrebonnes Martin Goulet Jr rounded out the top-5 finishers in the 100-lap race which was slowed 3 times and completed in 46 minutes. The lead was exchanged seven times between five different drivers. The final round of 2018 was presented in the same program as the headline NASCAR Pintys race in front of a capacity crowd. St-Denis sur Richelieus Patrick Laperle and Blainvilles Mathieu Kingsbury lead the 17 car field to the green. The duo paced the field until Laperle, on lap 23, dove to the pits for a broken wheel. He would go on to finish seventh. Kingsbury would inherit the lead for one lap. Trepanier would lead a handful of laps. Bouvrette would lead one and then back to Trepanier as the leader. On the 31st circuit, it was Alex Guénettes turn to lead, which he would continue until lap 57. He would relinquish the lead to Bouvrette who held on to it until the checkers fell. Qualifying races were won by Bouvrette and Déry. 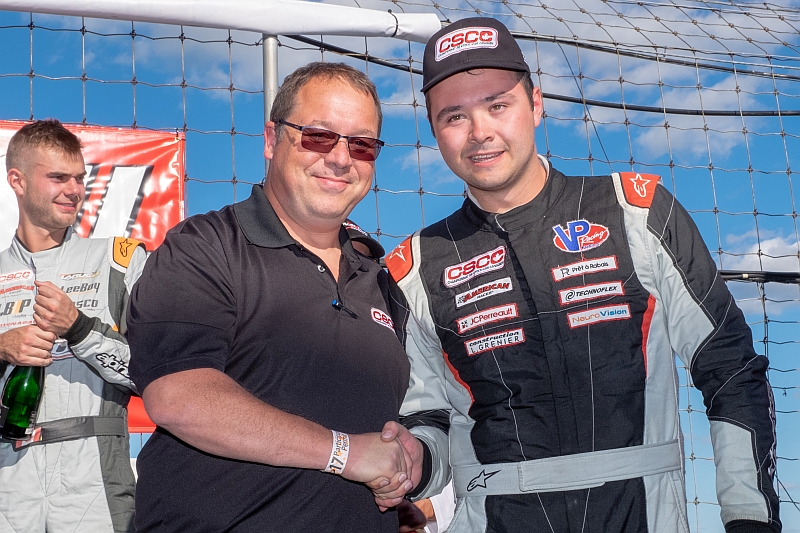 Terrebonnes Jean-Philippe Bergeron (85 points) won the Montreal Hitch Rookie of the Year Award. St-Paul de Joliettes Rémi Perreault (82 points), St-Anges Vincent Vachon (80 points) and Roxton Ponds Martin Hébert (61 points) rounded out the other rookie contenders. This concludes the first Canadian Stock-Car Championship. The date and location of the awards gala to crown the champion and other award winners will be announced shortly. The Management of the Canadian Stock-Car Championship will now move on to the gala preparations and the 2019 schedule. For more news about CSCC LMS visit the website at: www.stock-car.ca, on twitter: cscc_lms or on facebook at stock-car.ca. Race results (official) Canadian Stock-Car Championship Late Model Division Round 8 of 8 September 8th 2018 Autodrome St-Eustache (St-Eustache, QC) 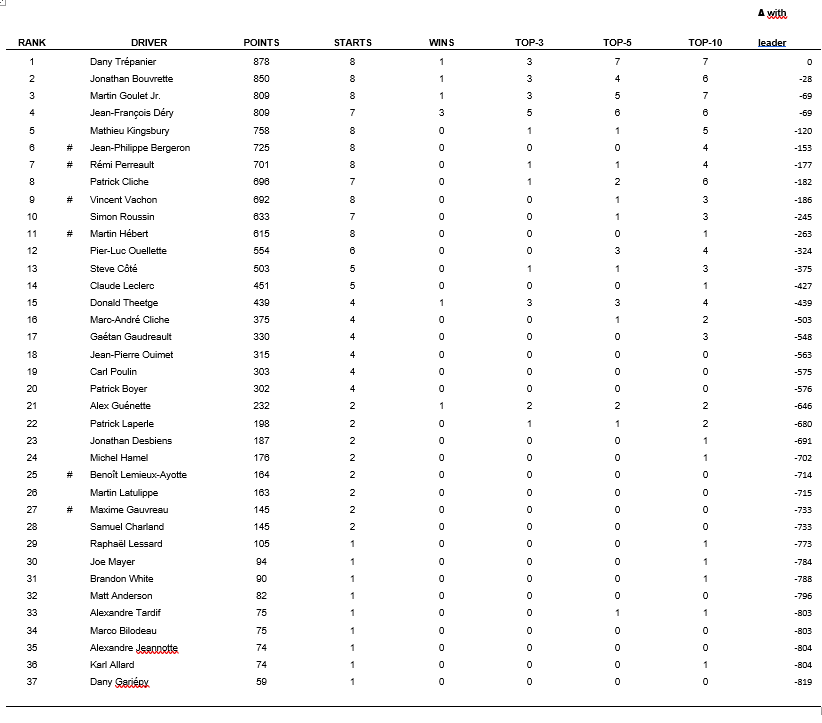